You Have To Love

Someone recently told me that their view on life was that the purpose was to Love and to Work.

I liked that when I heard it.

I spent the better part of the last year pretending that I didn't really need closeness or love from anyone other than my family. And that if I just kept working and working and working I would somehow be "ok". I'm happy to report those feelings are changing. 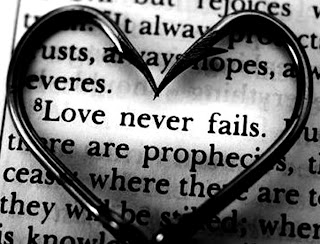 “...You have to love. You have to feel. It is the reason you are here on earth. You are here to risk your heart. You are here to be swallowed up. And when it happens that you are broken, or betrayed, or left, or hurt, or death brushes near, let yourself sit by an apple tree and listen to the apples falling all around you in heaps, wasting their sweetness. Tell yourself you tasted as many as you could.”
~Louise Erdrich
Posted by Heather 'The Forklift' Jones at 12:18:00 am No comments: Links to this post

I got a random text message the other day asking "So...what are you giving up for Lent??" To which I replied "Whaaaaat?? I have to give something else up!? Whyyyyy???" lol.

Upon further research I delved a little deeper into the tradition of Lent and was curious to revisit some of the history of this old custom. Lent, signifying the 40 days of intense spiritual practice, hardship and fasting that Jesus went through before his public ministry, is still observed as a 40 day practice where people from many religious and spiritual traditions use as a time of sacrifice. Often characterized by giving something up, or starting an intense spiritual practice of some kind.

I remember many years ago during a long stay at Yasohara Ashram in BC a "Tapas Practice" was introduced. It was right around this time too, very close to Lent. Tapas in the yogic traditions is one of the Niyamas (personal/moral observances). Literally in Sanskrit it means "heat" or "fire". And Tapas symbolically represents the discipline and burning desire of longing for transformation, or closeness with the Divine, that keeps us practicing. It's that fire that gets you out of the house and into the yoga class on the days you'd rather just stay at home and mope because you know that actually honoring your commitment to get to class will ultimately bring you closer to that which you seek- whether that's a calmer mind, better fitness, more joy, a lighter heart. You know you'll feel so much better after! Tapas also has an element of austerity to it and I think of it as a purification. Fire, indeed can be very cleansing. In fact I often refer to my yoga practice(s) as "Rituals Of Purification". Be that - mentally, physically or emotionally.

But as with all things Yoga, Tapas requires fluidity, flexibility and balance. Too much fire can literally scorch everything in sight. One of my favorite local Yoga Teachers from De La Sol Yoga in Hamilton recently said the following:

"I've been noticing the moments when discipline becomes fanaticism... When a life that is meant to be open becomes constricted and begins to suffocate... When the fire of Tapas that is meant to help us shine, begins to burn a hole straight through... When the dryness of asceticism cracks the skin... Take a nap:))"Steve Ferrell
Oh Steve Ferrell...I couldn't agree more!
It's no surprise that Shiva, the Hindu God whose mantra is used for protection and removal of obstacles - is often depicted dancing in a ring a fire. The perfect symbol, really for Tapas. 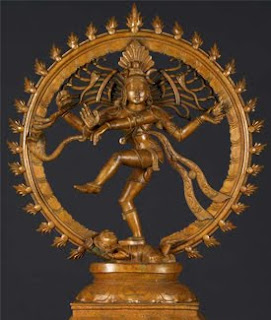 During that time at the Ashram everyone in residence there participated in the Tapas Practice. So for 40 days we were encouraged to add something to our existing spiritual practices that, as one of my teachers put it, 'involved some kind of sacrifice'. At that time I chose to do a special meditation involving the Divine Light Invocation which I performed 10 times a day for 40 days. As well, I gave up drinking coffee.(which turned out to be much harder than the meditation practice, surprisingly!)

Overall the whole experience was really amazing and provided me with endless opportunities for reflection as well as re-igniting a certain spark in me that I found refreshingly invigorating. I think it's good to move away from your comfort zone, willingly, sometimes. Just to prove to yourself that a) you can, and b) to be able to take a closer look at yourself and where energy/intent is being invested. It's a well known fact that having a specific goal increases focus, inspiration, and a certain motivation that propels you forward.

So I decided that perhaps over these next 40 days of Lent I would experiment with giving up wine. Something I love, something that brings pleasure to my life. When I announced this to a few friends these were some of the exact responses I got:

Hahahahahahahaa! I guess it's more than a little funny how wine has permeated our culture here in the Wine Region of Southern Ontario. Surrounded in all directions by orchards, and grapes and some of Canada's finest wines; a glass of Pinot has become just as meaningful in our social gatherings as the company we share. So - although frowned on by many friends, I have decided to significantly reduce my wine consumption while also ramping up my personal yoga practice to include a 40 day strong fire practice with a couple Kundalini Kriyas for forgiveness,clearing fear and invoking new and wonderful changes.

By the end of this 40 day practice - it will be spring! And everything will be re-energized, re-newed and full of vitality.

So - what are you giving up for Lent?
Om Namah Shivaya 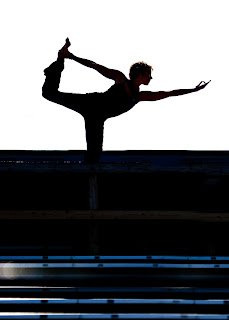 "Let go of your worries and be completely clear-hearted,
like the face of a mirror that contains no images.
If you want a clear mirror,
behold yourself and see the shameless truth,
which the mirror reflects.
If metal can be polished to a mirror-like finish,
what polishing might the mirror of the heart require?
Between the mirror and the heart is this single difference:
the heart conceals secrets,
while the mirror does not." 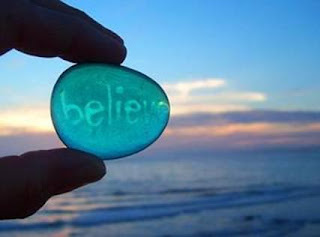 This past weekend was a wonderful, magical and exceptionally tender experience for me. I hosted the annual "New Year. New You" Yoga Retreat here in Ontario on the shores of Lake Erie in the beautifully rustic Lansing Lodge at the Buffalo Canoe Club. A dozen or so of us came together and spent time relaxing, reflecting and nurturing ourselves as we set intentions for the coming year and spent time really dreaming about the endless possibilities our futures hold. There's a very special energy present when a group of people come together with the collective intention to rest and heal. There's a warmth in the air that's almost palpable. I'm so touched when I get the chance to see people just being themselves. I love it. And I love watching people just soften into each other's company and into the moment.

This retreat for me was the completion of a cycle. 2011 began with the yoga retreats I hosted in El Salvador - a wild adventure in many ways which ended up being a reflection of the tumultuous energy of the year for me. (Think - trapped in a whirlpool that's spinning you around and around without really taking you anywhere....)I felt like I really let go of many things this weekend. But more importantly - I started the delicate process of opening up again. To Grace, to Love and to a life filled with health and support. 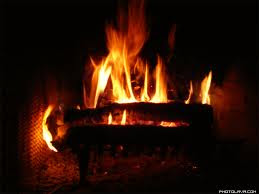 A very very special thanks to Ginette Hunter, Feng Shui practitioner and friend, whose expertise helped to create the perfect environment for our guests. And who's hours of preparation for each guest just added to the supportive energy of the weekend. May the support and caring you show so many of us return to you multiplied! Also - Carrie Cottage-Bailey of Hannah's Euro Spa- thank you for your sweet energy and the your amazing massages. You are a true healer. Cindy Nilson - your presence and reflexology treatments grounded everyone so sweetly. Thank you for being there and being such a wonderful example of someone who so effortlessly "goes with the flow". And, finally, Nadia Esposito.....my sista from another motha - you are amazing. Thank you for creating such an incredibly nurturing and healing meal and for sharing your energy and your culinary skills. As always, you are amazing and I love you.

To my friends John Bauld and Bobbyji - thanks for making the trek down to the lake to be with us on Saturday and spread such wonderful energy through your music. So so much big Love to both of you. The waves are coming in my friends....enjoy.

There is a spring detox retreat happening in May. Please stay connected for details.

May the rest of this winter bring you rest and rejuvenation in all ways. 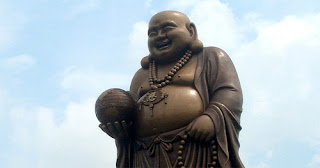 Posted by Heather 'The Forklift' Jones at 11:34:00 am No comments: Links to this post