There's a certain inspiring magic that happens around New Year's. Even if you are one of those people who swears they "don't make resolutions"...the beginning of a New Year brings with it the promise of a fresh clean slate ahead. And it gets a lot of people thinking about what they really want.

As the first month of 2013 draws to a close, it's usually right around this time when the motivation and the magic of our holidays and our resolutions / intentions for the New Year can go one of 2 ways...

Either you're even more motivated than ever; settling into a nice groove with your exercise and healthy habits routine....OR....
You're starting to wane on your intentions and are fighting the feeling of your 'comfort zone' pulling you back into the couch, or the pub, or the bag of cookies, or your own dark thoughts, or whatever.

When we are trying to create change, like everything, it is a process. And, as always, consistency is key. I really don't think there's any magic miraculous formula for "staying on track" or becoming the best version of yourself. It's all about the details of your day. It's in the choices you are making in the mundane day-to-day moments. It's about who you choose to surround yourself with, how long you let the dishes pile up, what you choose to think and say, how you spend your time. According to physics - a body in motion tends to stay in motion. So - hold your intention in focus every day and take at least one step in that direction. Learn to feel the lethargy, notice the excuses, but keep moving. Without getting swept away by the challenges that arise. They are just challenges. That is all. They will pass. And they don't have to take you down.

A funny thing happens when you can train yourself to be just a little more detached in your observation of yourself. Let go of unrealistic ideals that you will never have a bad day or never get sick or never eat another potato chip EVER AGAIN. That kind of rigidity is just another form of resistance. And what you resist definitely will persist. Accept. Then act. But do so with awareness. And, if the moment strikes, and you feel the need to act out with wild abandon - go ahead! Do whatever is in your heart. But do it with awareness....and respect to your initial intention(s). No need for judgement or tension or drama. And when that moment has passed...let it go. And keep moving forward.

The beautiful thing about our bodies is that they really truly want to be vibrant and healthy. The body is continually working to regenerate itself and to maintain it's internal state of homeostasis. (ie Balance). So - knowing that that is happening inside you every moment of every single day makes it a lot easier, doesn't it, to make choices that support your own innate internal brilliance! Life is meant to be healthy, vibrant, balanced. So - let it. 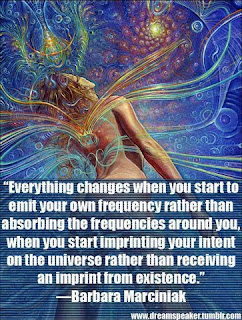 Posted by Heather 'The Forklift' Jones at 1:45:00 pm No comments: Links to this post

For the most part I really enjoyed 2012. It was exciting, fast paced and unpredictable - a true Year of The Dragon! The last time we had a Dragon Year was 12 years ago during the whole Y2K fiasco. This year was no different with the Mayan predictions about the "end of the world".  While the world never actually ended it seems like certain archetypes, false ideals and social structures certainly have. I see things changing in magnificent ways! We are moving towards a more enlightened, less materialistic society. At least that's what I'm seeing from my vantage point. 2012 felt like a monumental one for sure.  I could have done without some of the drama...but overall it's been an interesting ride. This year certainly brought a few challenges. But it definitely helped me figure out what I really want and provided me with the opportunities to make some pretty amazing changes. I'm grateful for the lessons learned and for everyone I've met along the path thus far! 2013? Bring it. 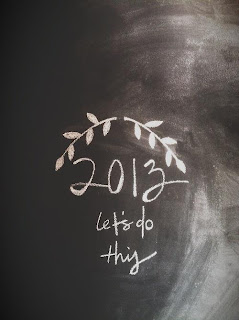 -Resistance is futile. It really is. What you hold strong aversion to is actually what you end up attracting more of.

-My yoga practice is more inspiring to me now than ever before. I'm elated about the opening of my new studio - The Village Yogi. I'm trying to be patient but that's never really been one of my strong points ;)

-Once you decide what you want to do, commit to it, and start acting on your desire - the Universe brings more than you could even imagine for yourself to help you reach your goals. It's true. Action is key. It's not enough to simply "want"....you gotta act on what you want. Take tiny steps each day.

-I've said it before, I'll say it again, one needs one's own yoga practice for at least 5 years before they open a studio and claim to be a "yoga teacher". A 200 hr certification and a handful of months of practice is simply not enough practical knowledge. Those kind of teachers hurt people and need to re evaluate their reason for teaching. Just my opinion, of course.

- Every one says "life is short" but it's not until you lose someone you care about that you realize just exactly what that means. This year I've learned that life is too short not to do what I love. It's too short to waste time. Everything can change in an instant.

-Interestingly - raw zucchini in salads is also delicious. I always hated the texture of cooked zucchini. Blech - too mushy! But raw...it's amazing.

-Consistency is the key to everything - fitness, diet, relationships, life.

-I'm not a fan of "corporate" franchised yoga. I've worked for it, practiced in it, and researched it from the inside out. It's just not for me. Jus' sayin.

-The person/people who hurt you the most will one day become your biggest teacher(s) and most inspired motivation.

-Men & Women can absolutely be "just friends". But eventually sex will enter into it - even just as an awkward confused conversation. It's human nature.

-Good Friends are like Family to me. One and the same. Sometimes your friends choose people or behaviors you disagree with. But, like family, love is unconditional. Sometimes you gotta just let people make their own mistakes and try to be there for them the best you can.

-The best predictability of future behavior is past behavior. Sure, people change. But a cheater is usually always a cheater. A liar - usually stays a liar. I guess there's deep therapy for that kind of thing. But I don't personally know anyone that's worked for.

-Occasionally you meet people along the way who blow your mind. People you feel an immediate connection to - like you've known them for lifetimes. Those kind of connections can be intense; scary even.  If you love them,  and you truly feel like life would suck without them, fight for them! Because you'll spend the rest of your life wondering - wtf was that!? (which can be a mild form of torture actually)

-Misery loves company. If you need to distance yourself from people in your life who are threatened by your positivity or exuberance - do it! At least until you've fully adjusted to a new, positive, way of being. It doesn't have to be a permanent severing of your friendship(s), but it serves you to surround yourself with people who reflect back to you the qualities you admire and are cultivating in yourself and your own life.

-I'm not a fan of winter. I'm just not. In moderation - it's nice and refreshing. But months and months of snow and ice and cold....no thanks. One day I will spend half the year in my tropical home - which will probably be Costa Rica. Nothing less will do. It's what I need.

-Beware the sociopath - no heart, no conscience, no remorse. They exist... and usually show up in the form of very charismatic people promising you the world. To date I have known two(2). One of them swept me off my feet this year. It's interesting how we will question our own intuition when it comes to matters of the heart, isn't it? But really - if someone lies to you repeatedly, steals from you (and others) and repeatedly puts your safety in jeopardy, that person is NOT honorable. In fact, they are dangerous. Despite their smooth talking ways - do not be fooled. Getting entangled with people like that will only cause you harm and eventually destroy your life. Sometimes they come as a test I think; to help you gauge your self-worth. Have compassion, but do not be blind or manipulated by their projections - no matter how much they talk and how  confused they can make you feel. Get. Out. Fast. (and don't look back!)

-You can tell a lot about a man by what kind of father/uncle/friend he is to children.

-Worry is also futile. Find a way to squelch your anxieties - breathe, meditate, run, ride...whatever it takes. Worry causes unnecessary stress that can create a whole world of trouble for you! Ultimately, despite your incessant worries - everything is always working out in your favor. Always. Even if it doesn't seem like it at first.

-Trusting that All Is Well can seem an impossible feat at times. But this great mystery we call Life is just that - a lovely, impossibly deep yet ridiculously simple, interconnected mysterious web. And All IS Well.

Posted by Heather 'The Forklift' Jones at 1:35:00 pm No comments: Links to this post